Most programs in the UCF School of Performing Arts require an audition or interview.

The Acting Track at UCF is a competitive program designed to prepare students for work in professional theatre, film and television. The program includes a specialized training process that includes a sequence of acting, voice and movement with highly skilled faculty members.


What performance opportunities will I have?

Acting students are required to audition for the Fall and Spring semester shows, made up of a diverse season of plays and musicals. They will also participate in a Sophomore Showcase with area talent agents and casting directors from which many students secure agents for film, television and commercial work.

There are many student-produced performance opportunities such as Project Spotlight as well as a new play festival during the summer called Pegasus PlayLab. Students may also at local theatres and venues if it does not interfere with classwork or Theatre UCF productions. Some of these include Orlando Shakes, Orlando REP, Mad Cow Theatre, Winter Park Playhouse, Garden Theatre, Walt Disney World and Universal Studios.

What techniques will I learn?

Opportunities to learn and grow

Students will become certified in various weaponry for stage combat and can train in singing and dancing with the musical theatre and dance faculty. Acting students often collaborate with the UCF Film and Television students as performers for their projects and work with the animation department to learn motion capture.

What are our acting alumni doing?

Acting alumni have been seen in recurring and guest starring television roles such as In the Dark, New Amsterdam, The Good Place, NCIS, S.W.A.T., God Friended Me, Westworld, Quantico, Coroner, Save Me, Bosch, Queen Sugar, David Makes Man and Grand Hotel.

Alumni have also been seen in national TV commercials, performing in Shakespeare companies, producing guerrilla companies and at theme parks.

Students may audition for the program via:

Note that for BFA Acting auditions, there are NO callbacks. Students may be admitted directly to the program from either the Acceptd video submission audition, the live on-campus audition or the virtual-live auditions.

The video audition submission for the B.F.A. Acting program is not a pre-screening audition. This differs from the Musical Theatre program audition process.

The above requirements are separate from any items requested by UCF Admissions. Submit these items prior to your audition.

Don’t wait to apply — apply now to UCF Undergraduate Admissions! Remember that we cannot make you a full offer of admission until you’ve been accepted by the university.

We don’t want application fees to be a barrier. If you are submitting an application through AcceptD and need assistance, contact the coordinator for the program you are applying to for more information. For information about application fee waivers for UCF admissions, click here. 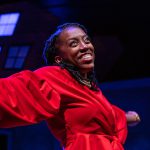 July 26, 2022  With a variety of plays and musicals ranging from Shakespeare to bluegrass, Theatre UCF’s 2022-23 season looks at the relationship between individuals and institutions, exploring themes of power structures, corruption and social systems, as well as lighter moments of comedy and love. 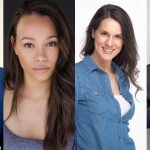 August 02, 2021  Meet a few of the Theatre UCF alumni that you may have seen performing in some of your favorite television shows and films. 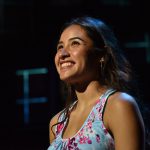 June 09, 2021  Theatre UCF explores the question “what does it mean to be an American?” in a season of works by contemporary American playwrights that tackle experiences from the complexities of adolescence to the ups and downs of adulthood, from losing everything to finding the love of your life. 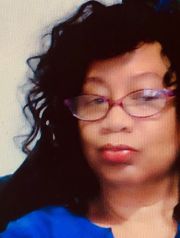